A promo page for NIVEA brand

A promo page on the official website of the brand.

To develope the promotional section for the program "Vote for your rink!".

Development of the mechanics of the competition, design, artwork, HTML coding, programming, integration with social networks, support and moderation, copywriting. 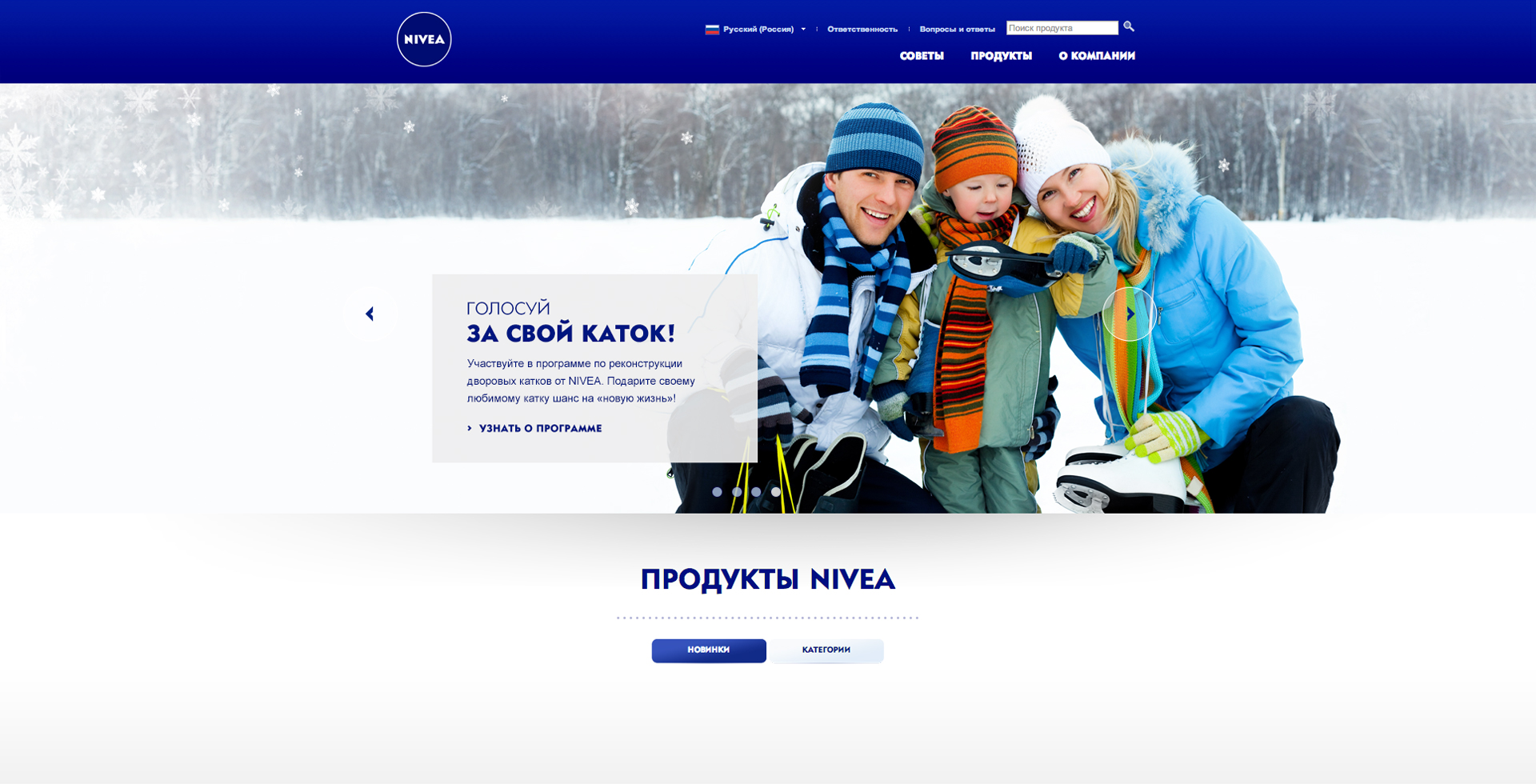 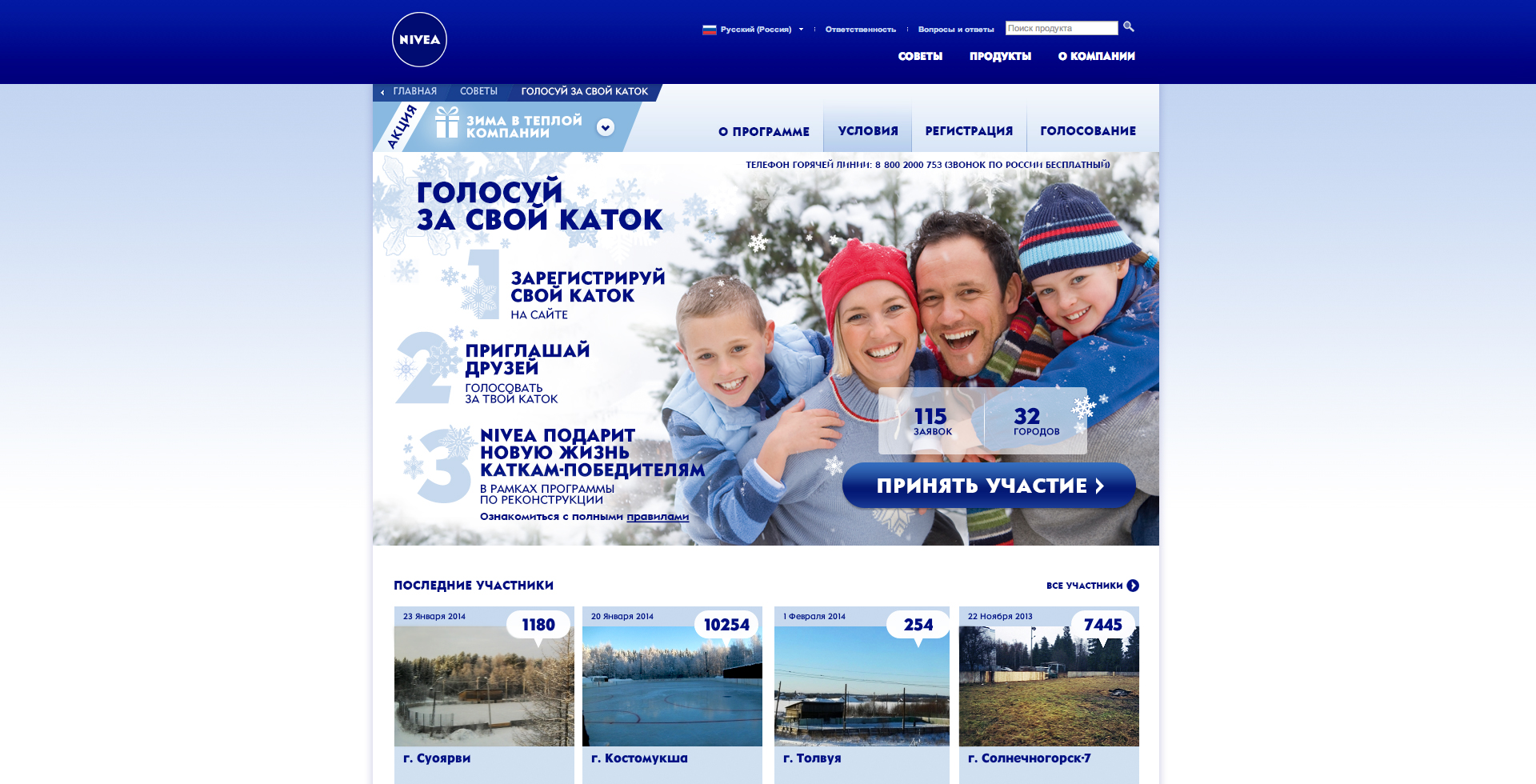 For more than a century, NIVEA has successfully carried out its mission — to help people around the globe to take care of their loved ones. In November, NIVEA launched a new social program entitled “Vote for Your Rink!” The program helped address the challenge that dozens of cities have encountered — their rinks were abandoned and could not be used during the winter. Russian citizens were invited to put the skating rinks in their neighborhoods to a vote. They invited their friends to vote for their rinks to boost their chance of winning. The three rinks with the most votes will be renovated for the next winter season by NIVEA. We developed an online platform for the competition — a promo page on the NIVEA website enabling you to add your entries and vote. To participate in the contest, a user needed to take a picture of his or her favorite rink, upload it to the website, and tell NIVEA why it needed to be restored. After the application was registered in the promo section, it went through moderation and then became available for user voting. Users were invited to vote by sending emails, and on three social networks — vKontakte, Facebook and Odnoklassniki. Votes were accepted from November 2013 to February 2014). The three rinks with the most votes were named the winners of the “Vote for Your Rink!” program.

The project with due consideration of recent trends, namely a flat design, an adaptive design, and a special attention to the ease of interaction

Calendar Of The Epoch Media Service

Welcome to the past! Turn the knobs on your radio, choose a date, and watch vintage videos

The website and the logo for MOBOIL, a commercial manufacturing enterprise and a leading Russian oil trading company

Upload your own video on the site and brew your own coffee!