To develop a promotional platform for a brand-related social campaign as well as to ensure technical support of the promo event on the Internet.

In July 2015, NIVEA launched the Vote for Your Skating Rink! social program for the second time. The program is aimed at meeting the challenge faced by the dwellers of quite a number of Russian cities – neglected skating rinks adjacent to apartment blocks not suitable for skating in winter. We have developed a promo site of the program consisting of two main sections intended for those who want to apply for participation in the program, and those who are eager to vote for it. The information about the Vote for Your Skating Rink-2014 program and its winners is additionally available on the website. In order to take part in the program, users gave a brief presentation of their skating rink and supplied arguments why this very skating rink was to be reconstructed. All applications were subject to compulsory moderation process. Users could vote for the applications published by means of such social networks as Facebook, VKontakte and Odnoklassniki. Based on the voting results, the highest level of activity was demonstrated by the users of the VKontakte social network whose share of votes accounted for 88.5%. All in all, over 80 Russian cities took part in the Vote for Your Skating Rink! program. NIVEA got dozens of stories that pulled at heartstrings of thousands of users taking part in voting. In order to get ahead of other participants, some of the contestants called for bringing support to their skating rink in shopping malls, created groups in social networks, and engaged bloggers, friends and neighbors. Unfortunately, the number of some votes was driven up. At the end of the campaign, all votes obtained through software tools were deleted in order to ensure the most honest participants of the program and cities with the most urgent need for a skating rink were among the winners. The promotional event lasted for 3 months (June – September 2015). “We’d like to express our gratitude to Red Graphic agency for the work done and for its responsiveness. We believe the program was a success: we obtained the required number of applications and votes in accordance with our expectations keeping in mind that the voting procedure took place in summer. We didn’t get any negative feedback either directly or through the VK group,” Artyom Lelikov, NIVEA, summarized our activities. 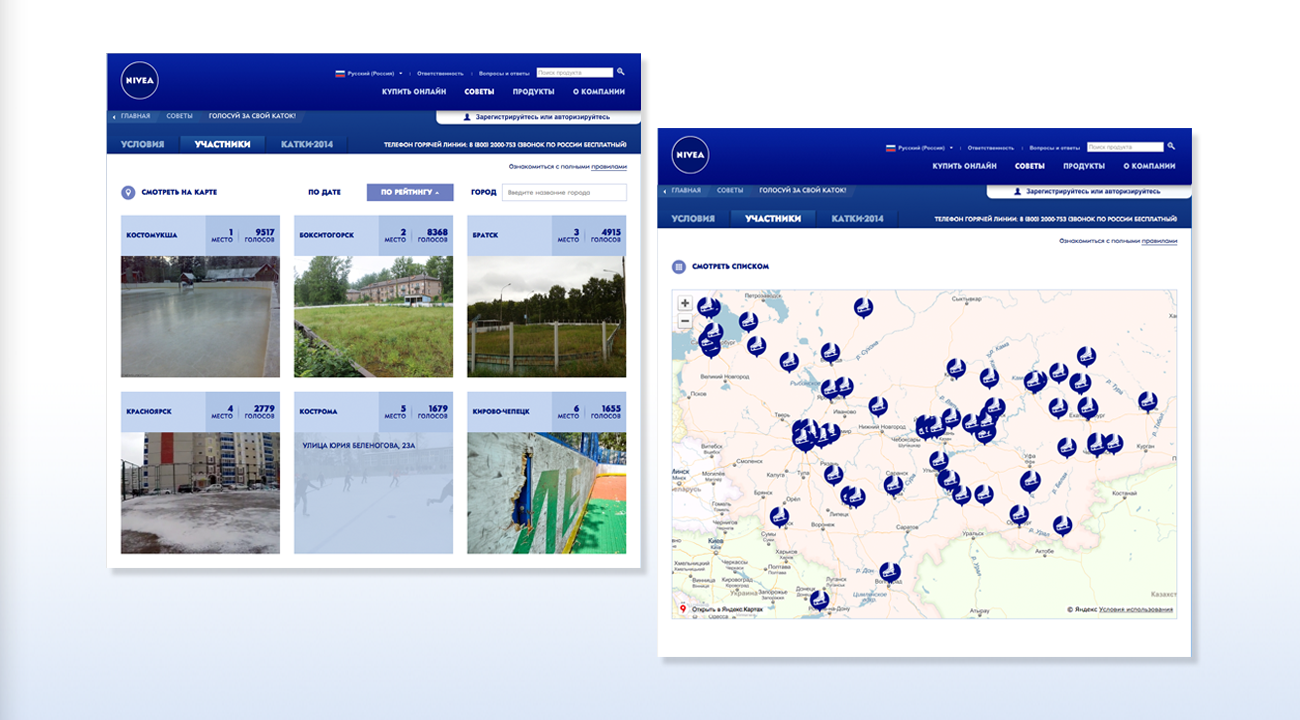 average time on the promo site

Upload your own video on the site and brew your own coffee!

Calendar Of The Epoch Media Service

Welcome to the past! Turn the knobs on your radio, choose a date, and watch vintage videos

ADANI SYSTEMS: From Ideas To Solutions