The chain of perfume and cosmetics stores ILE DE BEAUTE.

To inform the target audience about product range of the chain stores during holiday season, to boost sales by means of gift sets. 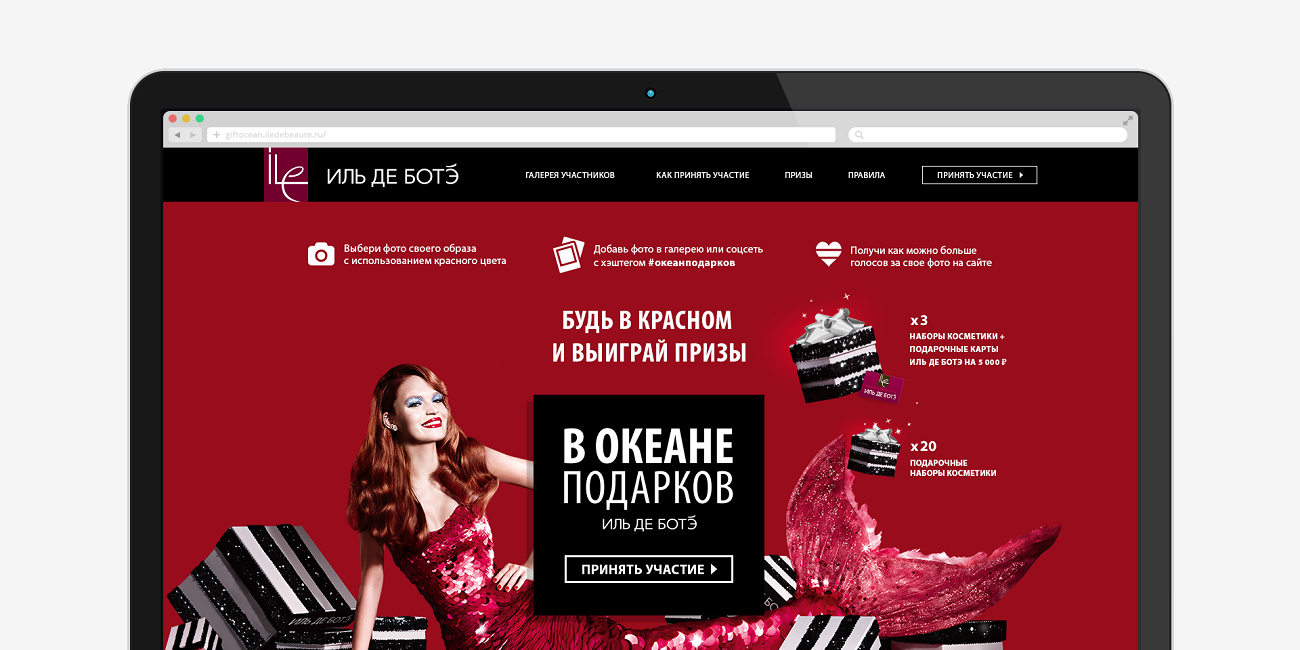 "Femininity, femininity and femininity once again", mumbled the great Valentino dressing beauties in failsafe red gowns. ILE DE BEAUTE opted for this color as well and proclaimed it to be the major symbol of the Ocean of Gifts holiday season animation in ILE DE BEAUTE' In its essence, the Ocean of Gifts photo contest in ILE DE BEAUTE is SEPHORA (a French brand) promo campaign adaptation for Russian customers with promo website in the core of communication process and a few types of social media for audience capture. The French photo contest scheme was applied in Russian version, but the number of «details» was adjusted as they could have affected the campaign success later. That is what the campaign looked like. According to the contest rules, users were offered to post their competitive photo on the promotional website, or on one of these 3 social networks (VKontakte, Twitter and Facebook) with the hashtag #okeanpodarkov. Girls joined the competition at once! But it was not enough to merely publish photos: to win a contestant had to get the most votes under their photo. It's worth mentioning that users could vote only on the contest promo website. The tactics helped to draw attention of target users (young women who use cosmetics, or their husbands and friends). 1579 photos were submitted within a month. 37155 people took part in voting! All website visitors were showed a banner with information about gift sets available in the client's shops. This is useful information, especially on the New Year’s eve. The banner transferred part of the audience from the activation promo website to the official website of the client (the chain of perfume and cosmetics stores). And then - potentially - it brought them to one of the offline stores. 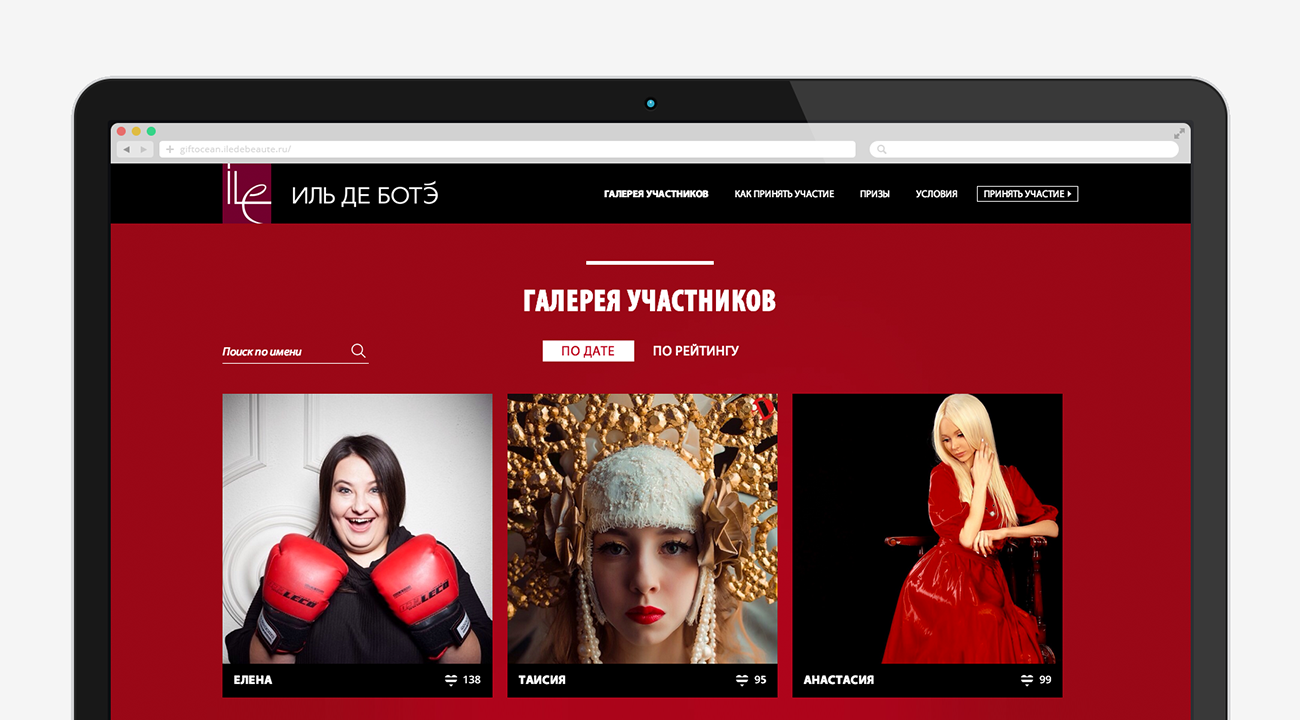 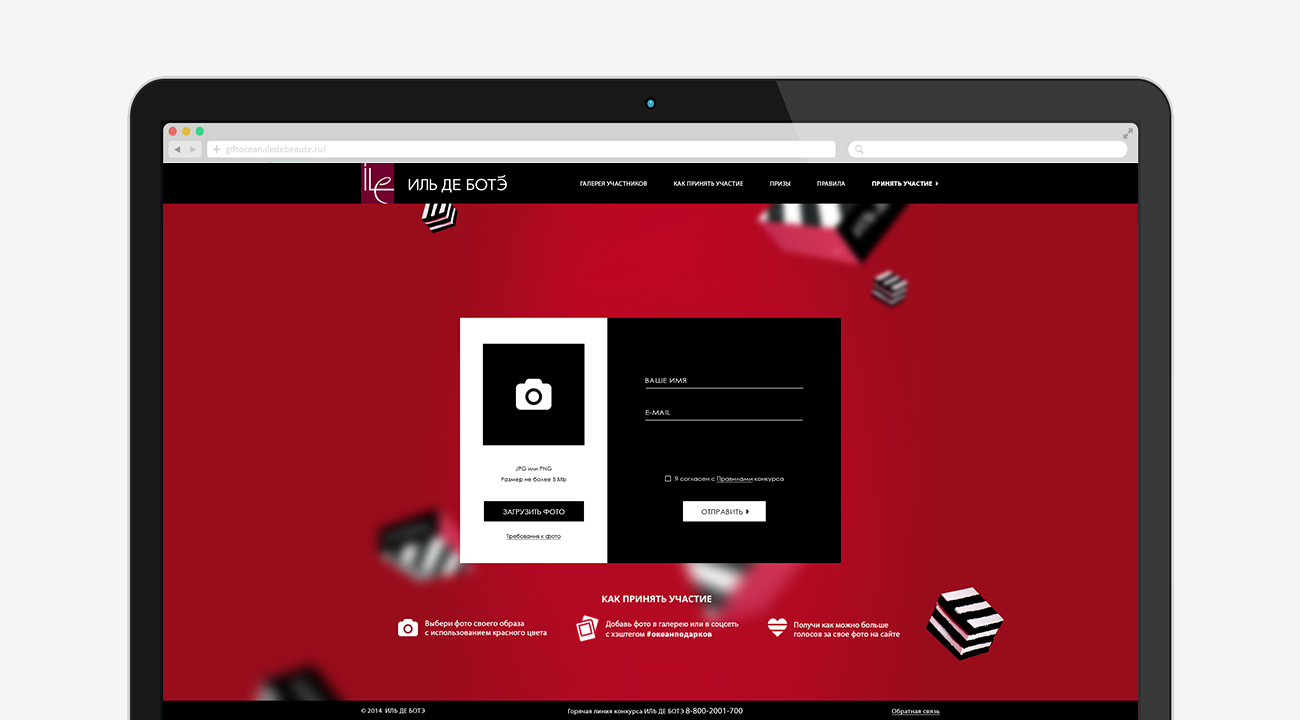 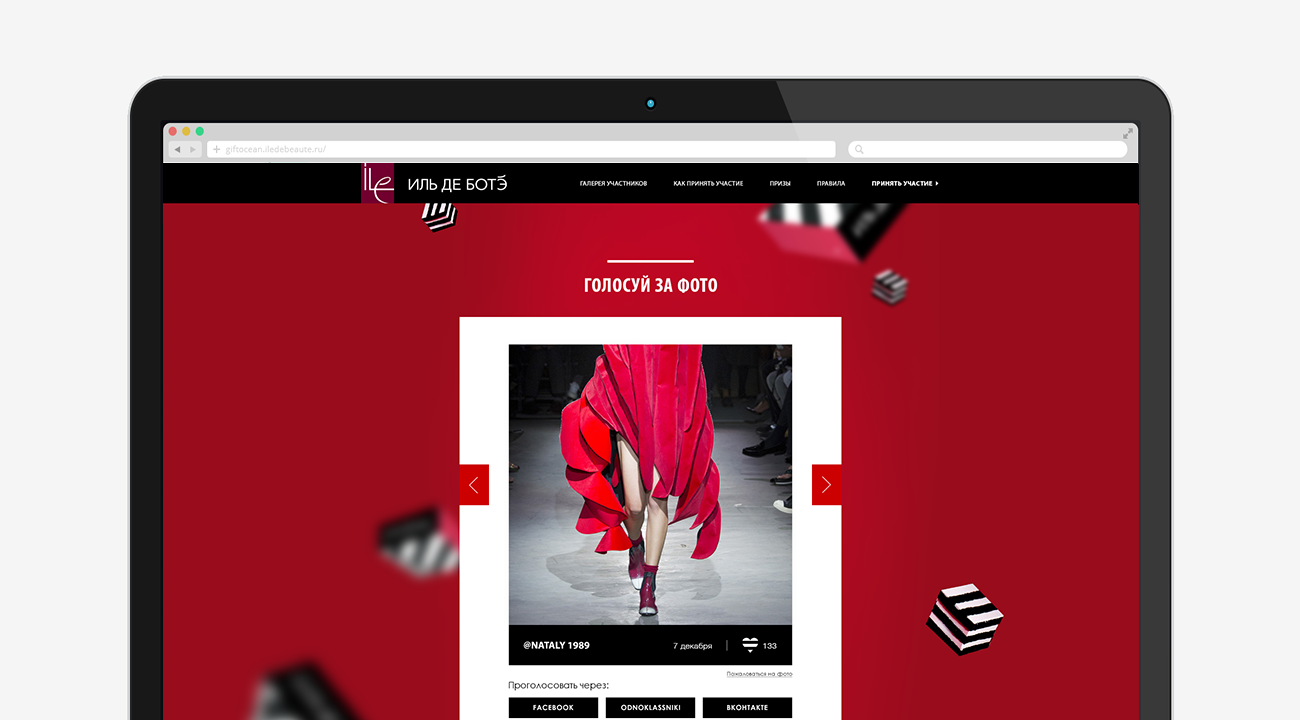 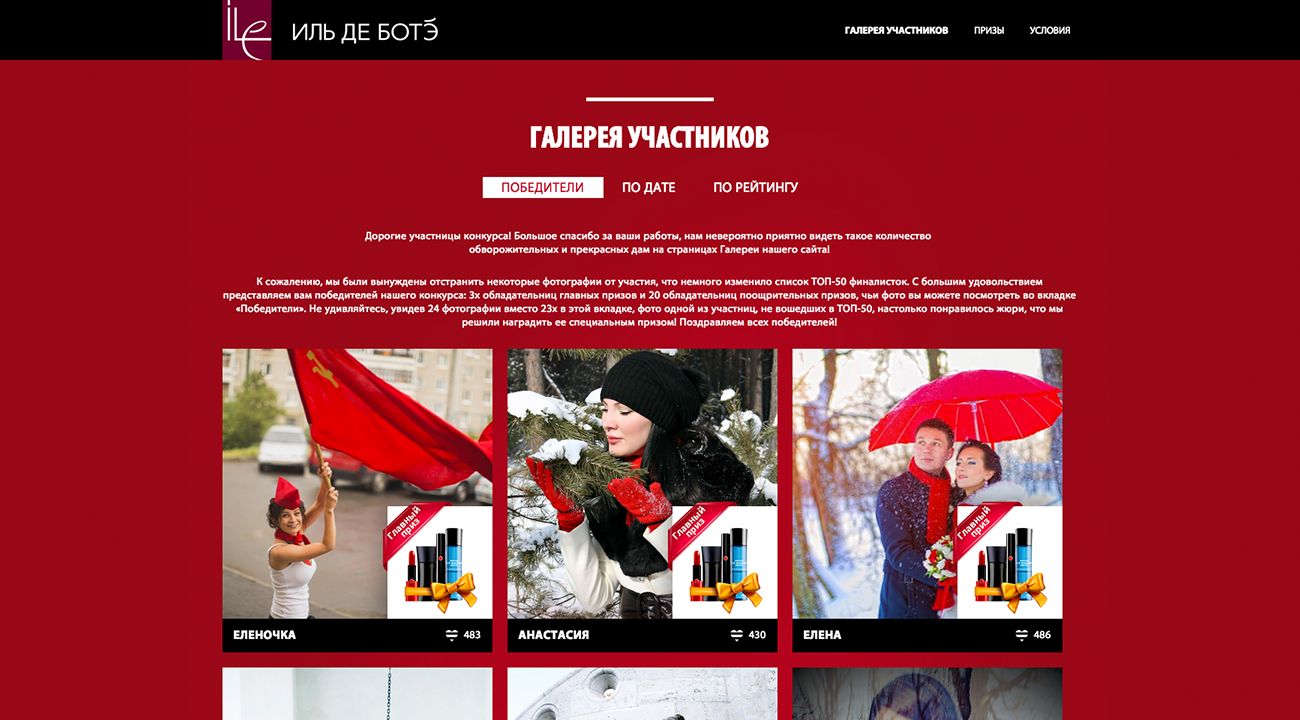 It is one of our "fastest" projects: we implemented it in just 16 days. This time was spent on project planning, design, programming, translation and localization of all texts including moderators responses patterns As a result we handed over the project on time and the client sent us a letter with great appreciation for the clarity and speed of the campaign implementation.

The website and the logo for MOBOIL, a commercial manufacturing enterprise and a leading Russian oil trading company