To develop the online part of the “Coca-Cola. Pour In!” integrated advertising campaign.

To involve the audience in communications with the brand, attract additional audience to the website. 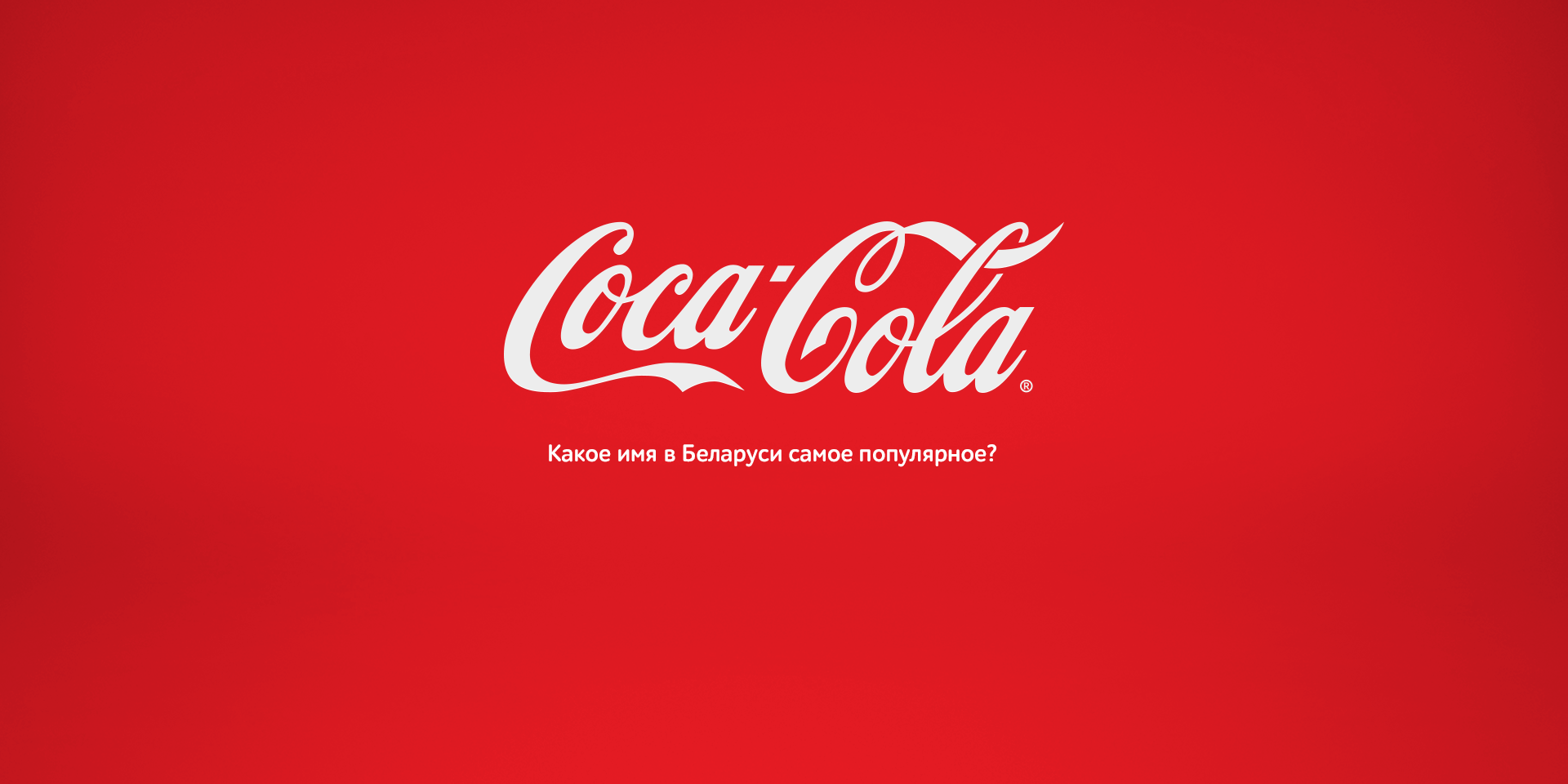 We developed a promotional website to support the Coca-Cola for You advertising campaign that filled the entire world with creativity and individuality. In the summer of 2014, Coca-Cola became a very personal drink — anyone could find a can with his or her name on it with an indication “This is Your Coca-Cola…” The most popular Belarusian names, nicks and statuses were shortlisted for bottle labels. They personalized the favorite drink and became another reason to smile. As part of the promotional campaign you could create your own virtual Coca-Cola bottle using the promotional website. A couple of clicks — and you have your personalized Coca-Cola can! Enjoy and share with friends — let them taste it. To keep the audience at the site and increase the return visit rate, we came up with the Rankings of Coca-Cola Names. Any name could be entered (whether it was on cans and bottles or did not make it on the label for some reason). There were lots of names. The idea was for users to drive the ranking. To see their name at the top, visitors were invited to vote for their names on the Coca-Cola promotional website. The Coca-Cola promotional website was launched in September 2014. 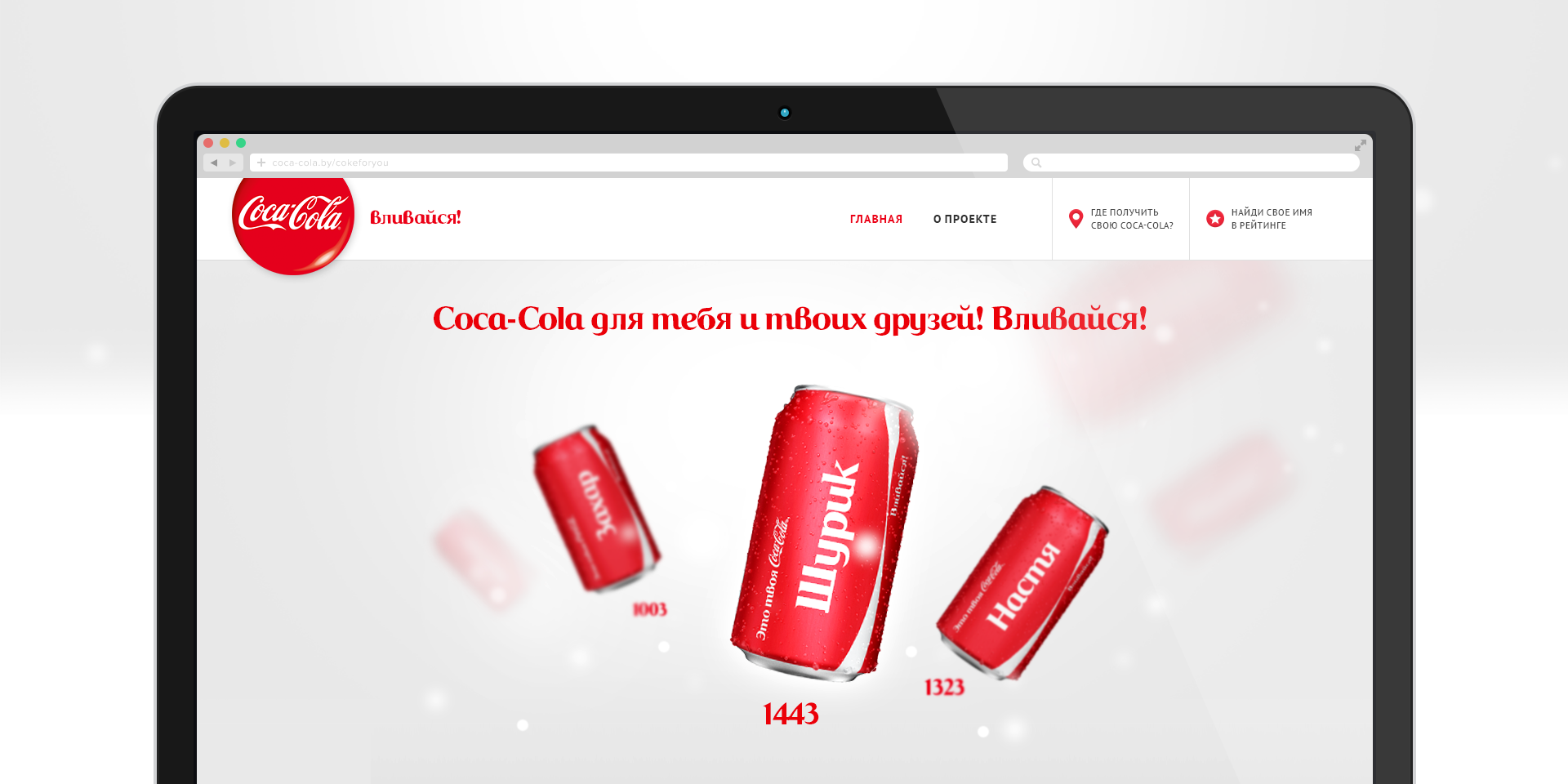 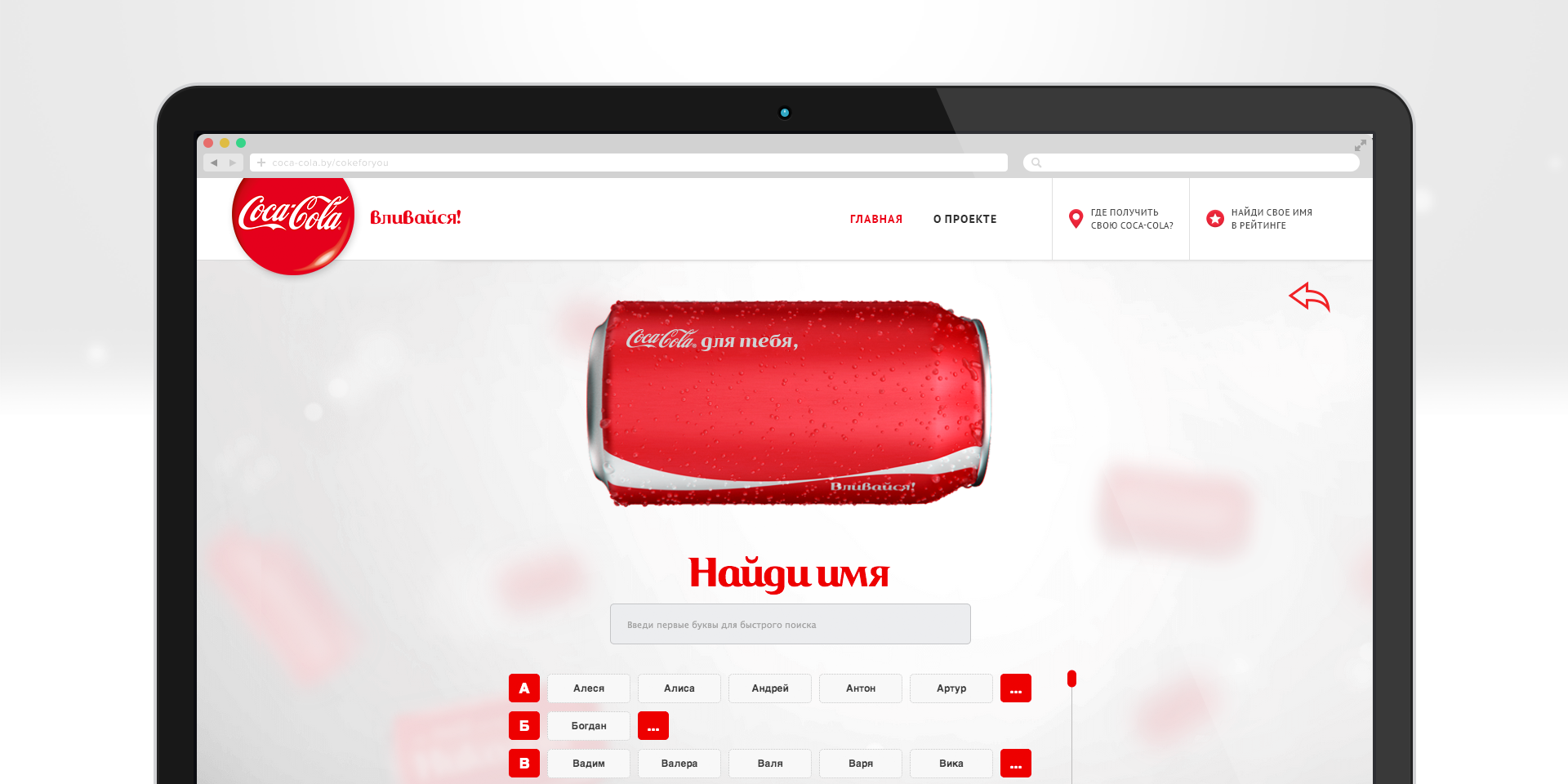 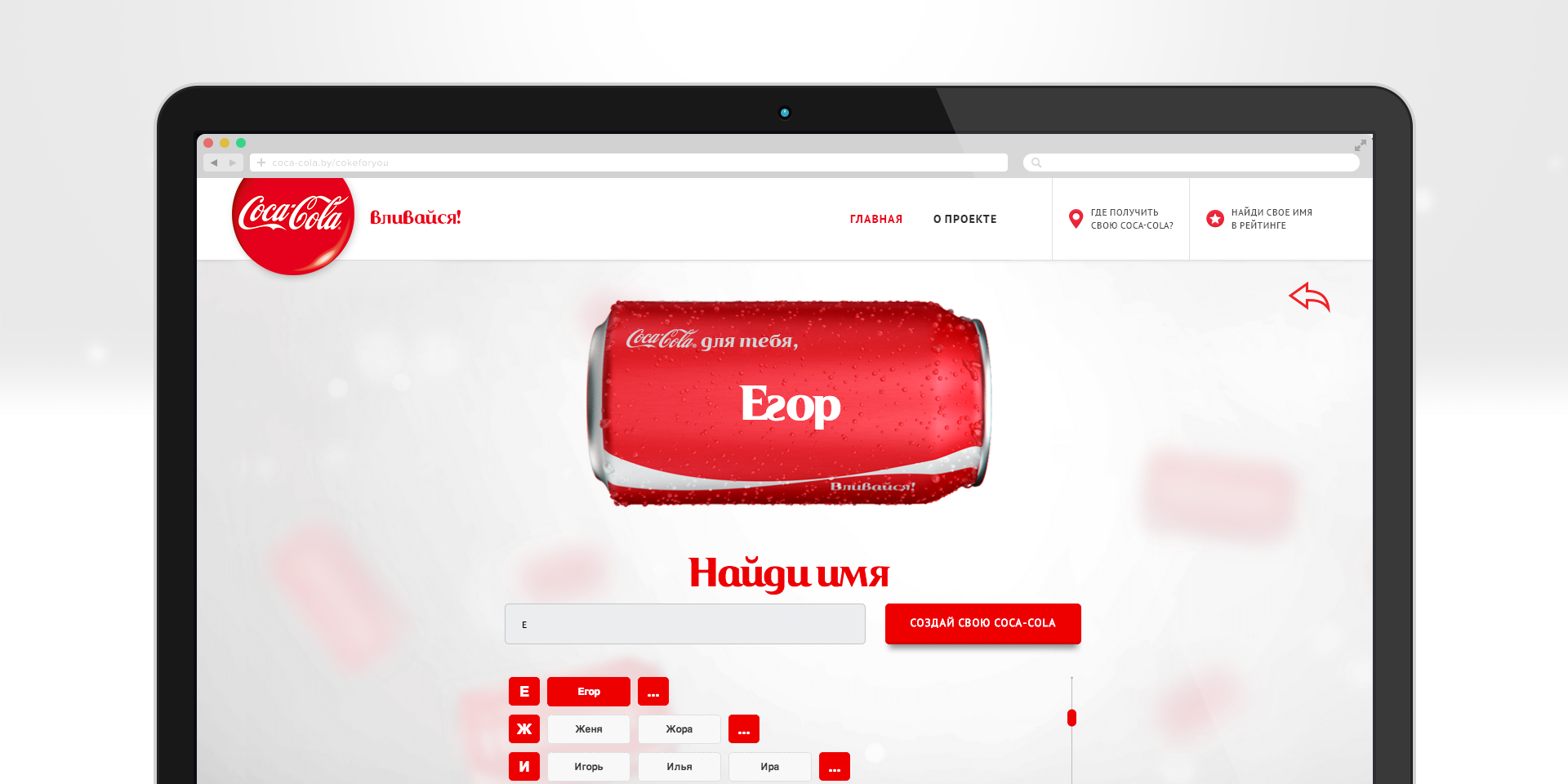 analysis and planning by Sasha Smorodsky

«Let's Celebrate!» #digitalcampaign dedicated to the anniversary of the mobile operator. 8.06% CTR and a million views.