To inform the target audience about the anniversary of MTS Belarus. To support brand loyalty among young MTS customers and to draw attention of internet users to the brand. To communicate the general message of the customer «A step ahead» using up-to-date technology solutions within an online campaign. 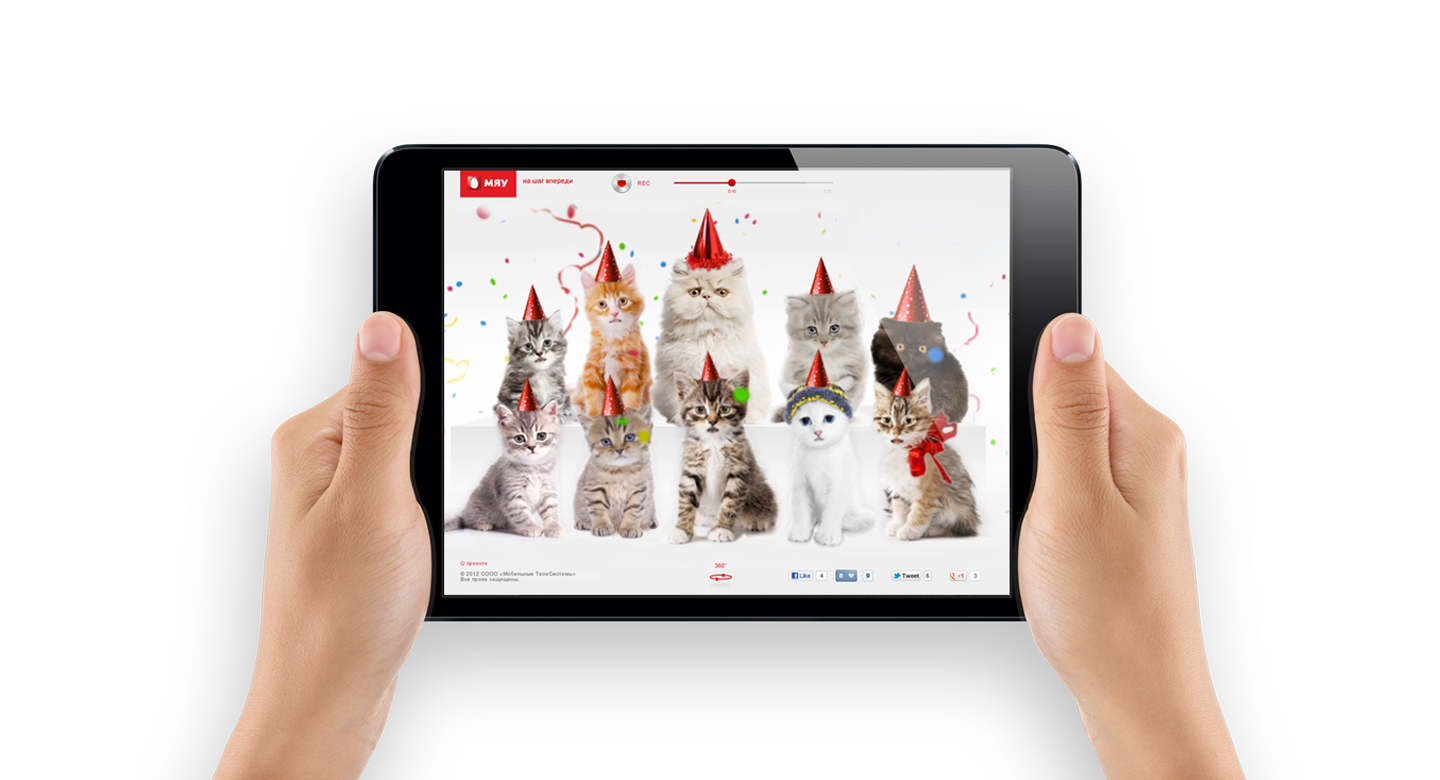 MTS celebrates 10 years of its presence in the Belarusian market. The event is a great occasion to celebrate it with all MTS customers, neophytes, subscribers, and the youth of the Internet. To mark the company’s 10th anniversary, we created, developed, and sent a special mission of the sweetest pussy cats to the most popular Belarusian news portal tut.by. For one day, the website became a broadcaster of the dominant news about the 10th anniversary of our customer (a series of banners on tut.by). The MTS cats appeared among the usual content of the website: a cat's paw covers the logo of the website and a «cat» banner appears. A click on the cats - and festive cats celebrating MTS anniversary show up. Along with special banners we released a promotional website. The website is a melody sequencer that allows to create a tune with the help of the MTS cats. The final version of the «Singing cats» animation can be shared with friends in the social networks, namely Facebook, Vkontakte, and Vseti.by.

8 times on the average

one user visited the promotion page with the cats

CTR of the banner