To have a New Year’s digital promotion using the brand’s protagonist — Light Hunger.

To enhance brand awareness, encourage the audience to communicate with the brand. 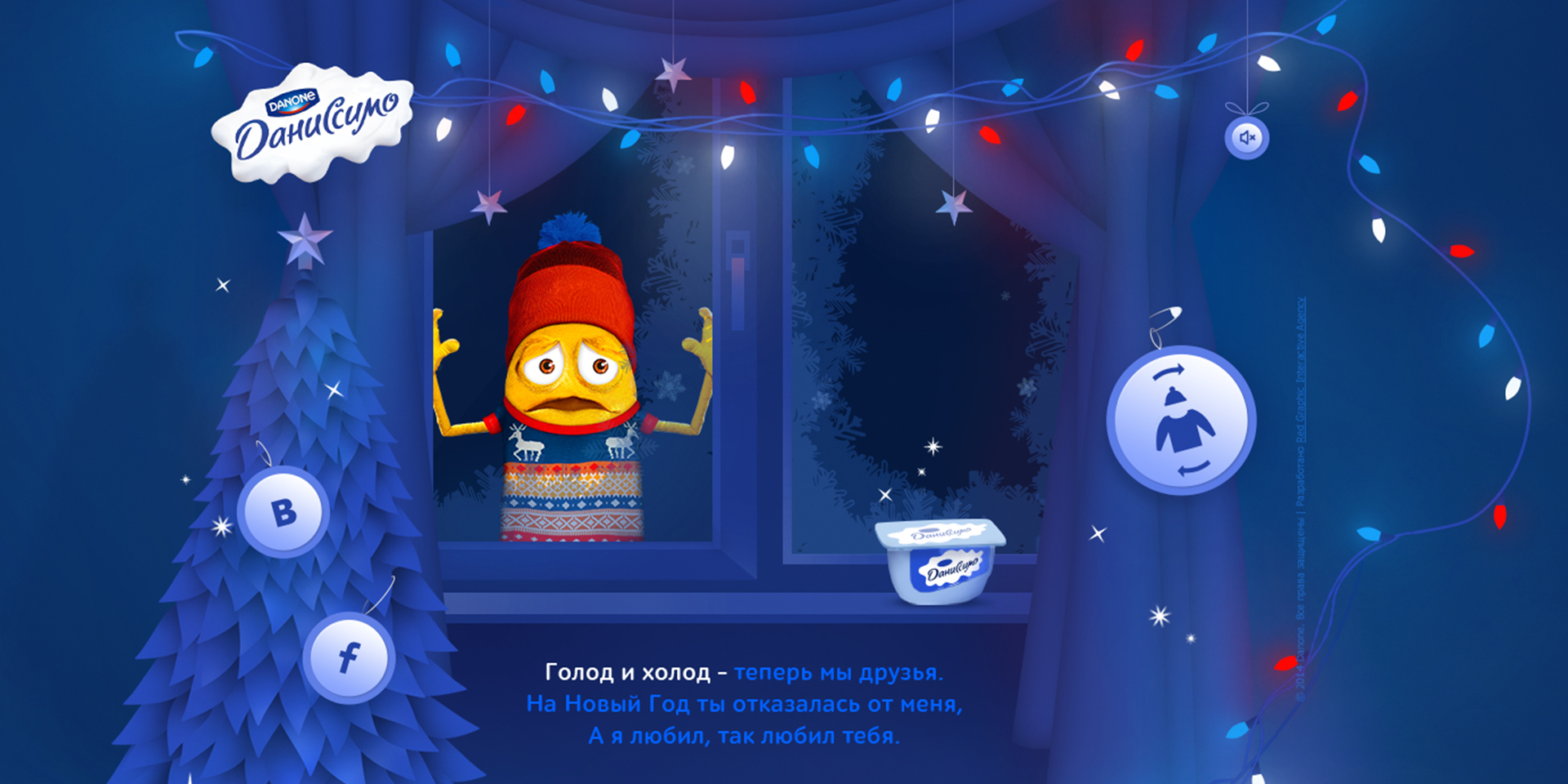 Light Hunger on New Year's Eve? Are you kidding? Christmas and New Year are probably the only time of the year when no one thinks about diets and goes shopping for all those high-calorie happy stuff. When you got a large bowl of Russian salad in your fridge and a basket of tangerines on the table, you will forget about Light Hunger. But what is he up to these days? What happens to Light Hunger during the New Year Holiday Week? We know where he might be. And we came up with the Outcast. New Year campaign. On New Year’s Eve, Light Hunger is not invited to parties, but stays all by himself looking out of a window. Or he is in the street, alone, because no one wants to have him at home or at a party. So what does the little yellow fellow do? He wants to share his feelings. On our promotional website Light Hunger sings the New Year’s song of an Outcast and tells us about his hard life during celebrations: “Hunger and cold — we are friends now. You gave up on me on New Year’s Eve, but I loved you so much.” Visitors were listening to the song while dressing Light Hunger in all sorts of funny costumes. Our designers originally prepared not only a reindeer sweater and Superman suit for Light Hunger, but also a white pajama set with ruffles; however, we decided that we would not need the pajamas. We also recorded a few versions of Light Hunger’s voice — looking for the right tone we asked the voice artist to search for new sad notes. Oddly enough, we had so much fun that day… 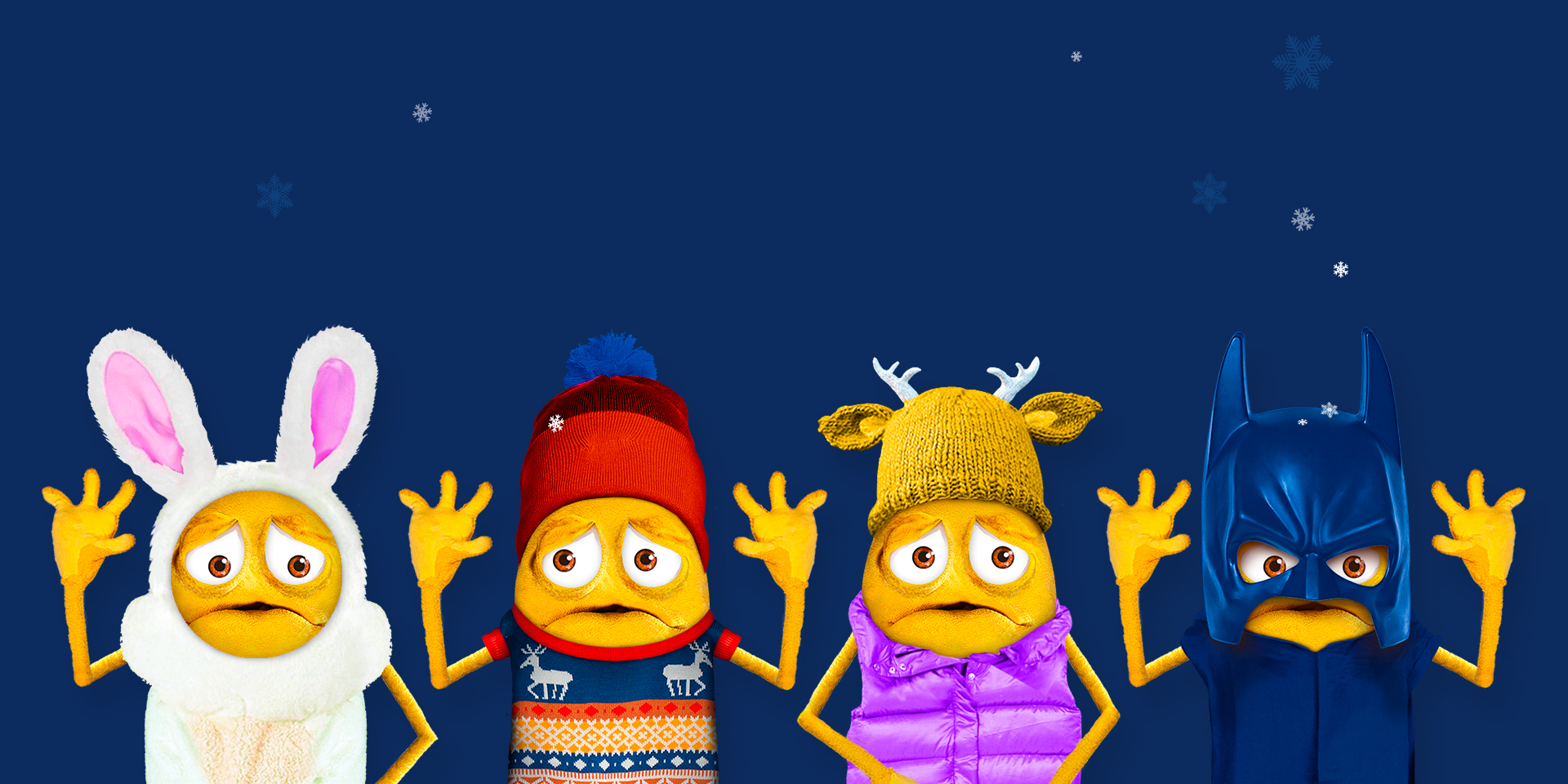 After we launched the promotional site we held an advertising campaign to attract the target audience. We used targeted messages on Facebook and VKontakte, planted the news about the promotional site in Belarusian VKontakte communities. Targeted ads in VKontakte proved to be the most effective — VKontakte users spent 22% more time on the website compared with the average user and the number of shared links was 24.8% higher than the average for VKontakte users. Targeted ads on Facebook were the least effective.

«Let's Celebrate!» #digitalcampaign dedicated to the anniversary of the mobile operator. 8.06% CTR and a million views.