To develop a promotional website for the “R-r-roar for a Sweet Victory!” for the Nestle Lion candy bar.

To involve the target audience in communications with the brand on the website.

Website design based upon the guidelines provided by the customer, planning, makeup, programming, and work with video. 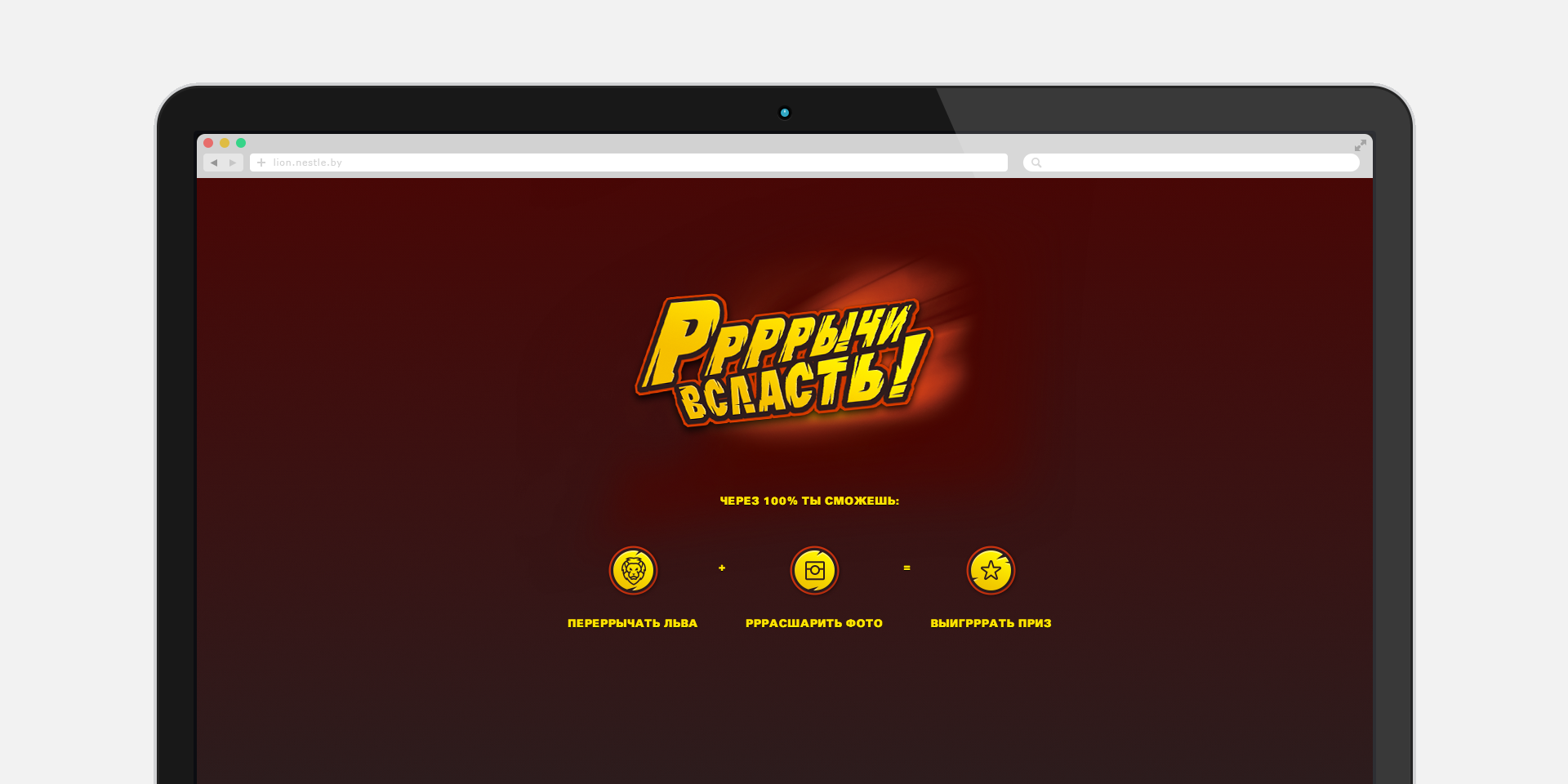 We developed the “R-r-roar for a Sweet Victory!” promotional service to support the advertising campaign for the Nestle Lion candy bar, offering users to try to outroar a real lion. All of the users who managed to outroar the beast were invited to participate in a new round of the competition and win a chocolate prize from Lion. Visitors to the promotional site tried to outroar a real lion — to be able to roar at the lion on the site, they needed to allow access to their webcams and microphones. The latter was used to measure the intensity of a user’s roar. The webcam took pictures of the user doing his/her loudest R-R-R. The resulting picture could be further processed to add ears, nose and whiskers, and then submitted to the organizers. Users were also invited to upload their selfies. All of the pictures were added to the gallery, where Facebook and VKontakte users could cast their votes by submitting their Likes. Every week, ten contestants with the highest numbers of Likes were given one week’s worth of Lion candy bars. Further, the website featured sections with schedules of sampling spots and galleries of photos from the sampling locations. 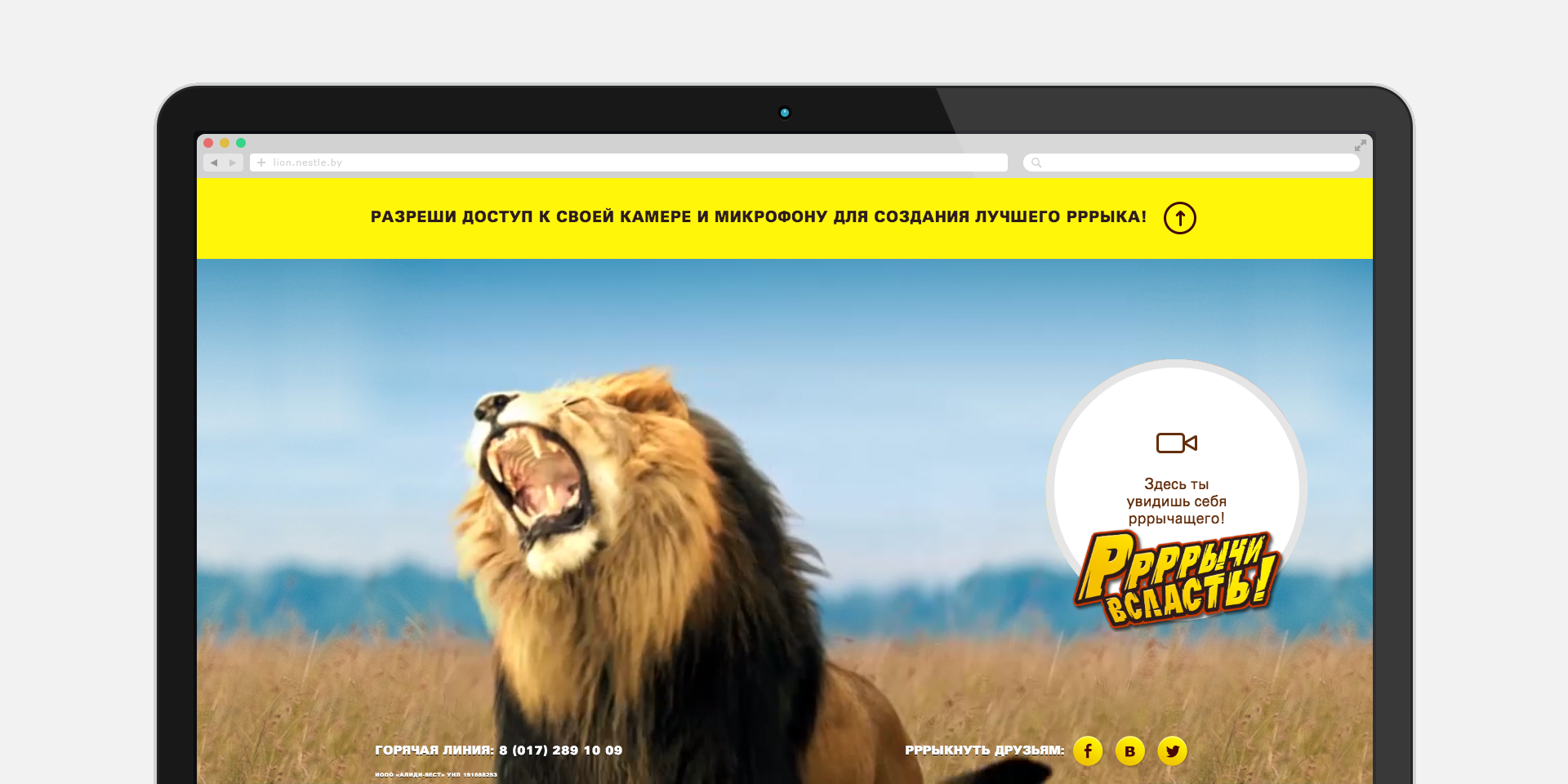 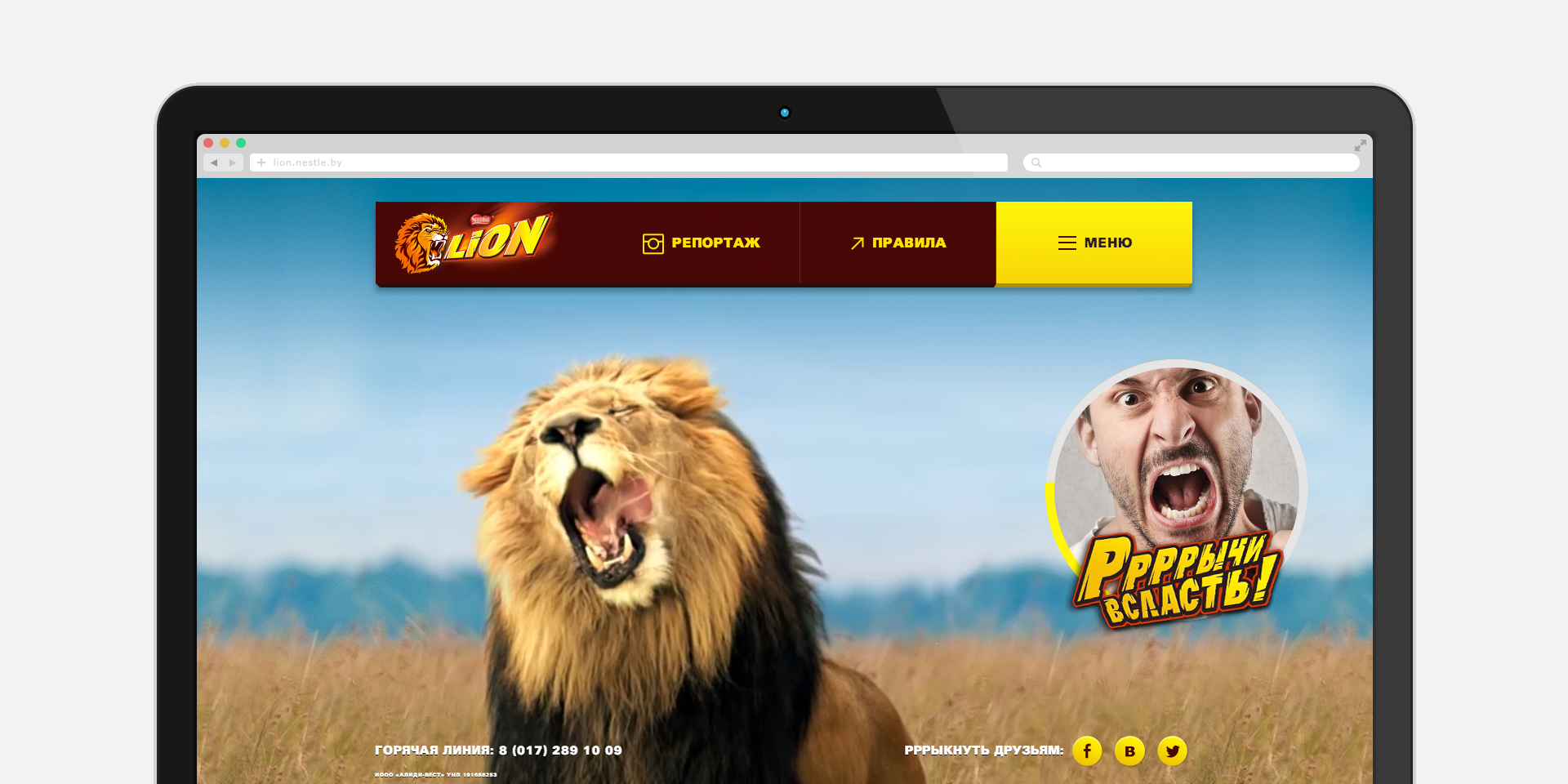 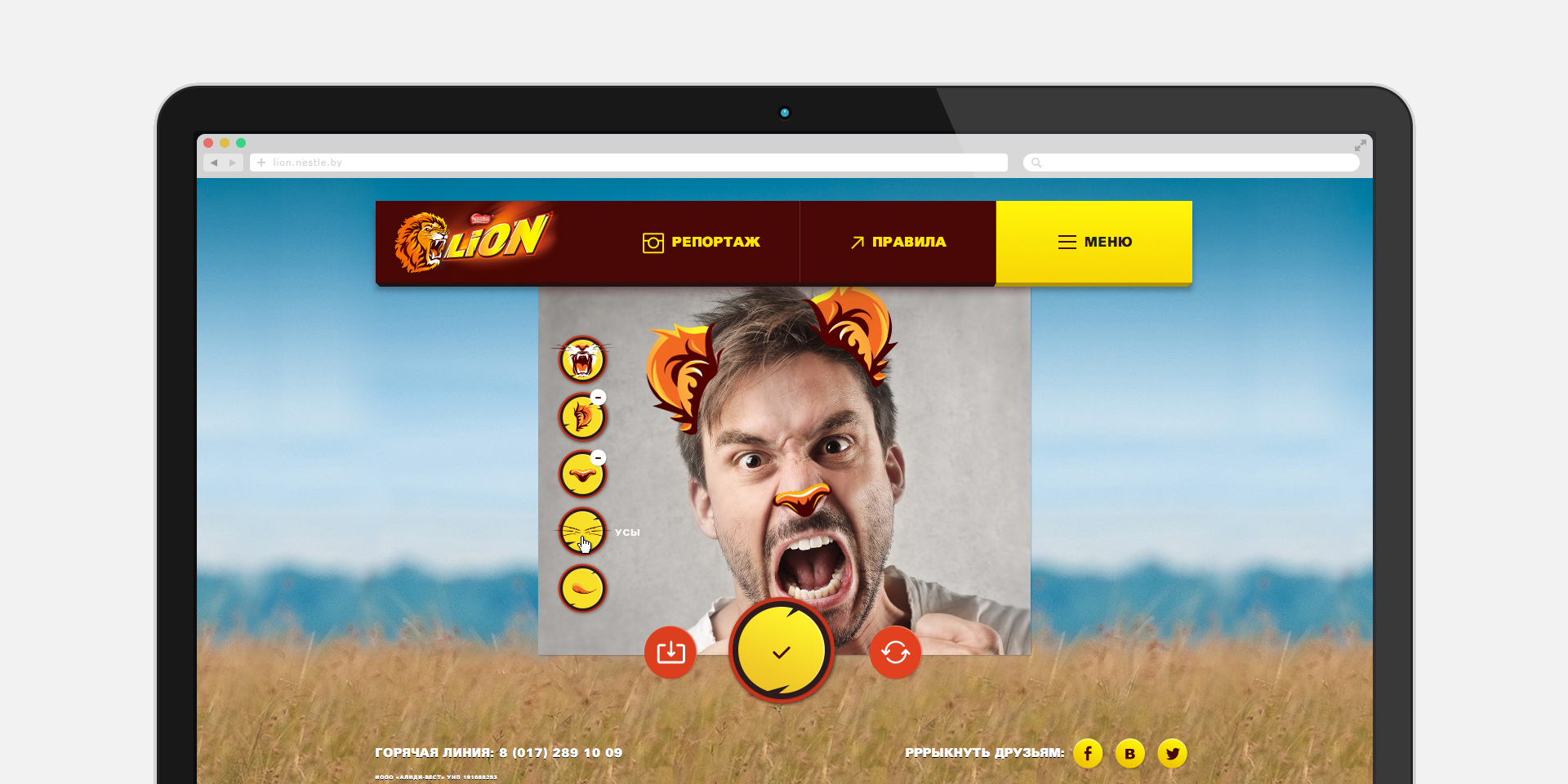 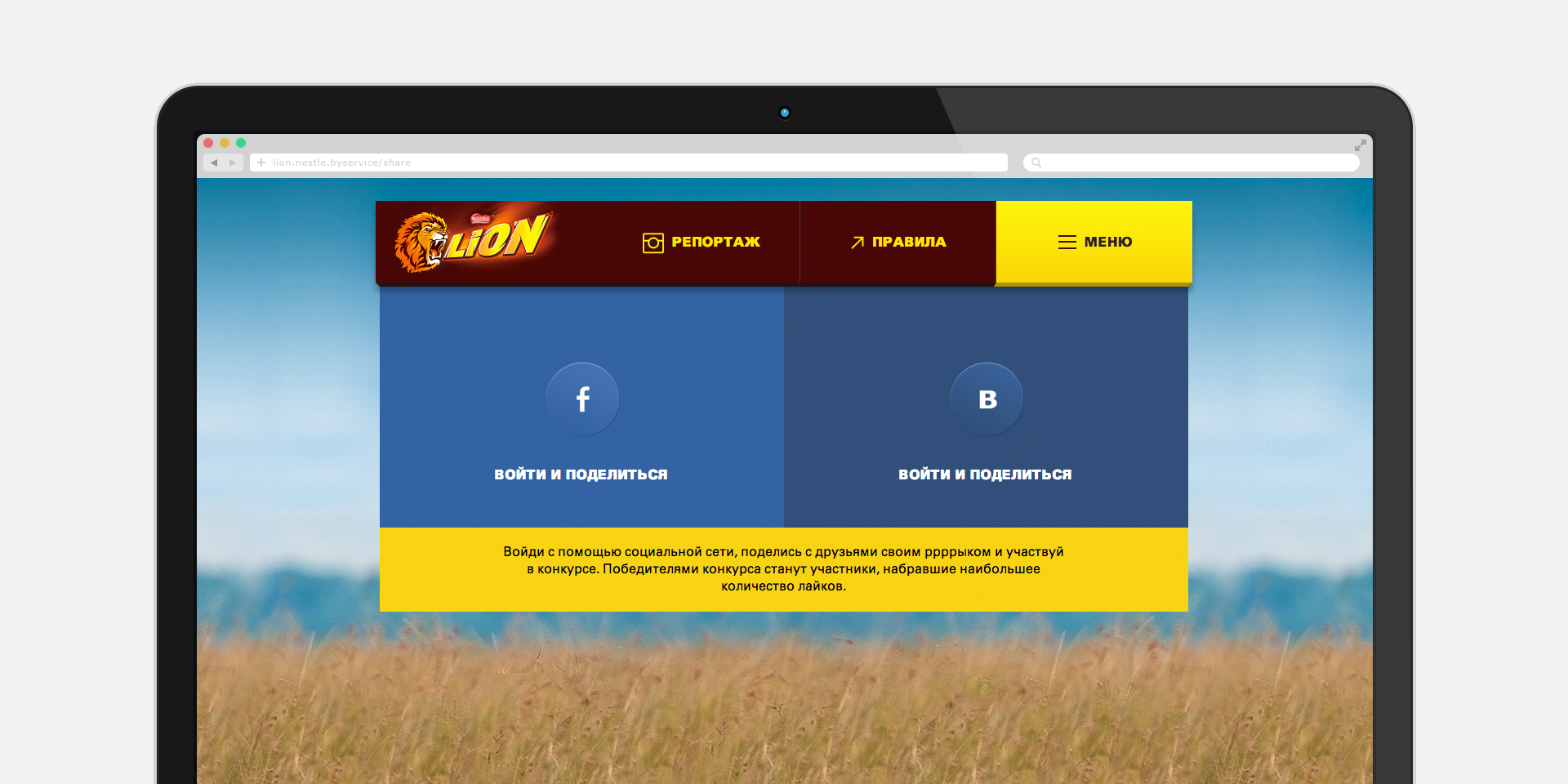 The website, the visual identity and a logo for DAB-Embedded, an R&D company, electronics and software developer